Understanding Spiritualism and Its Essence

The meaning of spiritualism is often misunderstood as the practice of communication with spirits, or spirits of dead people. To be correct we should call this spiritism.

In truth, the word spiritualism is the opposite of the word materialism. It is both the view that spirit is the basic element of reality, and the emphasis of the spiritual aspect of human being. It can be seen as a philosophy, a doctrine, or religion. It depends what you want to do with it. Those who believe or feel to have a spiritual side within, beyond matter, are called spiritualists. Anyway, it doesn't mean that they believe to spirits and they communicate with them.

For example, I personally believe that it is possible, but I am not interested in it because I feel it's not useful for my purpose. Nevertheless I can define myself a spiritualist as I meditate and practice spirituality in my daily life for the sake of spiritual realization. 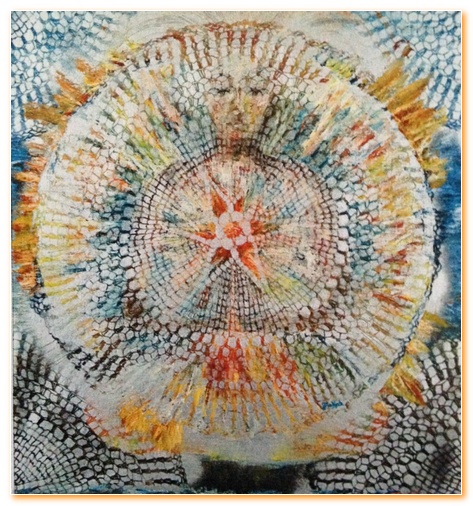 It is also said that anyone can receive a message from a spirit. Notice that such a message should get to us in a form we know in order for us to understand it. So, any impulse or feeling or idea, especially the most creative ones, is potentially a message from spiritual planes. We don't know, but it happened to me and few of my clients during sessions to be aware of it. If this kind of awareness happens to you too, maybe during a meditation, look at it just as a form of awareness.

Many people and even channelers believe that any message coming from spiritual entities is also carrying some kind of healing with itself. I think that a message is a good tool for understanding and learning, but healing comes from pure awareness or spiritual realization. I suggest you to focus your attention over your understanding rather than the charm of getting a message from entities.

The border between spiritism and spiritualism is sharp because they are completely different. It is also very subtle and not easy to understand because they have few points in common. If you want to deepen the topic, search for Gustavo Rol. He was an italian man who was standing in both of the areas, talking about them very wisely.

Spiritualists believe that, as spiritual beings, our souls have the ability to grow and achieve perfection as we progress from lower to higher planes. According to them, the afterlife is a place where souls evolve and hence is not a static plane. Because of this, no-embodied souls have the ability to provide knowledge and information on moral as well as ethical issues. They can also provide knowledge on afterlife and the pure being.

Different spiritualist traditions have different set of beliefs and principles. Some of the shared ones include:

The beliefs of spiritualism are shared in different religions across the world. Common lines on practice and belief can be found in Christianity, Judaism, Islam, and Hinduism.

Spiritualists across the world consider it as:

If you want to understand yourself, to get in touch with your soul or to have a broader perspective of the reality you live in, learn how my services can help you.

If you have any question, feel free to write me. You are welcome.

Return to "Spiritual Healers" from "Spiritualism"

Return to Home Page "Spirituality and Health" from "Everyday Spirituality?"

Read updated informations and stories that are not in the web site.

I went to Massimo for a healing session in which I experienced calmness and opening of my heart.
All the sadness I had as a child and images from my childhood went by and were gone. An hour treatment went by like ten minutes. In other times I experienced very deep meditations, quietness, yet very alert and awake. Thanks Massimo for helping me get in touch with the healing force within me.

Dear Massimo, thanks so much for your healing sessions. So many things changed and improved since the beginning of your treatments. You are very gifted and all you are doing arises from the depth of your heart and the depth of the knowledge you channel. I highly recommend you as a healer.

Good luck: with this single word I can express what I feel to have met Massimo.
I have been knowing him for 10 years and working with him I have done a path to awareness.
He is a good teacher, sincere, honest, which guides you to the truth and peace that our heart desires and can achieve.

For me, healing means integrity and the consistency of living my daily life, relationships and job in the way of my true "I".
Massimo has the rare ability to lead people, and therefore me, to
transform obstacles that stand between you and what you want to realize in available energy. He does so with great respect, patience and lack of judgment.
Massimo, thanks for all that I get from you.

When Massimo gave me healing sessions online, I experienced him as a sensitive and dedicated man who has the gift to sense into deeper layers of the soul and affect them in a gentle and non intruding way. His careful way of approaching the pain in my eyes and the feedback he gave me from his sensitive perceptions helped me to gain trust and confidence in my healing process.